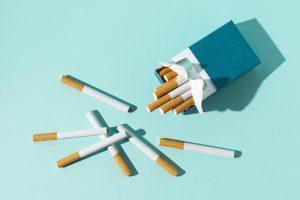 The Happy Buzz With Nicotine. Is It Worth It?

India has about 267 million tobacco users. One thing common amongst many of these consumers is perhaps their willingness to quit but wondering how to. But before we look at Nicotine alternatives, let’s first understand what Nicotine is and how it works.

Nicotine occurs naturally in tobacco leaves. Did you know that nicotine can also be found in much lower dosages in some food such as potatoes, tomatoes, and aubergines? Perhaps, that’s why french fries are so addictive!

The working of Nicotine

Nicotine can be absorbed through the lungs, the mouth, or the skin. How it’s absorbed determines the speed and intensity of the nicotine delivery. When inhaled, it is absorbed straight into the bloodstream where it travels through the body to the brain.

Nicotine hits you within 10 seconds of entering your body. It binds to the receptors in our nervous system to release “happy chemicals” and creates that buzz. It causes the brain to release adrenaline, and that creates an ephemeral buzz of pleasure and energy that is super short-lived and fades quickly.

Unfortunately, repeated use of nicotine can train your brain to release less of the chemical Acetylcholine, whose job role is to release the happy chemical, Dopamine. Basically, Nicotine takes over the job of keeping you happy and trains your brain to become dependent on it for giving you a happy buzz. So manipulative, right? Well, our bodies are much smarter than we give them credit for. Once you cut the Nicotine out completely, your brain does start producing Acetylcholine normally again. The crux, you can be happy without the nicotine again!

How to know if one is a nicotine addict

If your first cigarette in the morning is within 10 minutes of you waking up, there is a good chance that you’re addicted. If it is half an hour after getting up, probably not so much.

Can it cause cancer?

Nicotine is addictive and not risk-free, but it may not be the primary cause of smoking-related diseases. The correlation between Nicotine and cancer is high due to the method of taking nicotine, which is smoking. Cigarettes have thousands of harmful chemicals that are proven to have links to a wide variety of cancers, but Nicotine is not one of them. However, do you see the quandary now? Nicotine gives you the buzz but when smoked as a cigarette or beedi, can seriously damage your health, as cigarettes approximately have 600 ingredients and at least 200 of these chemicals are toxic and potential carcinogens.

Finding an alternative or a way to ease those addicted to nicotine and smoking can curb the habit. No one wants to feel down, anxious, irritable, and find it hard to go cold turkey. In our next blog let’s explore the alternative to Nicotine. 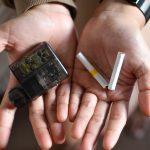 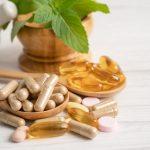 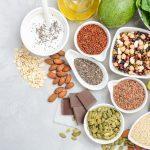 How To Figure Out If You Need Food Supplements 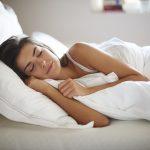 Scientific Tips For A Better Sleep

About us
Our Story

Talk to us
Know more about ABHA & DRIEFCASE